Alexander Schnütgen –
collector out of passion

Alexander Schnütgen was born in Steele an der Ruhr on 22 February 1843. After studying theology at Münster academy, at the universities of Tübingen and Löwen as well as at the seminaries in Cologne and Mainz from 1860 to 1864, he entered the archiepiscopal seminary in Cologne in 1865.

In the following year, on April 7, he was ordained to the priesthood by Auxiliary Bishop Baudri. Shortly thereafter he was appointed cathedral curate and chaplain of the cathedral parish. Gradually, Alexander Schnütgen’s passion for collecting began to assert itself. In 1867, the art collection of Johann Anton Ramboux (1790-1866) was offered for auction at Heberle in Cologne, and Schnütgen acquired a number of plaques and panel paintings for his private collection.

In 1875, Alexander Schnütgen was made member of the board of trustees of the Dioscesan Museum, which had been founded in 1853. In the following year he brought a proposal before the museum’s board of trustees to reorganise the collection and hold an exhibition of medieval art. In 1887, he was appointed cathedral canon by Emperor William I (1797-1888).

In 1888, the Zeitschrift für Christliche Kunst (Christian Art Magazine) was founded, and Schnütgen acted as its publisher until his death. He held the offices of president of the “Christlicher Kunstverein für das Erzbistum Köln” (Christian Art Association for the Archbishopric of Cologne) and of chairman of the board of trustees of the Erzbischöfliches Diözesanmuseum (Archiepiscopal Diocesan Museum) from 1891 to 1896 and from 1900 to 1905.

In 1896, Alexander Schnütgen was appointed to the “Beratende Kommission für kirchliche Kunst in der Erzdiözese Köln” (Advisory Commission for Ecclesiastical Art in the Archdiocese of Cologne) and in 1899, he was made chairman of the great “Kunsthistorische Kunstausstellung” (Art History Exhibition) of 1902 in Düsseldorf. This exhibition also included 546 works from his own collection. In 1905, he became chairman of the preparation committee for the “Handwerkerausstellung“ (Craftsmen Exhibition) in Cologne.

Alexander Schnütgen’s boundless creative energy and his commitment to art were also invested in his membership in the Denkmalrat (Council of Historic Monuments) as well as the Kommission für die Denkmälerstatistik der Rheinprovinz (Commission for Historic Monument Statistics in the Rhine Province), his work on the board of the Historischer Verein für den Niederrhein (Historic Association for the Lower Rhine) as well as in numerous honorary memberships in various scholarly institutes in Germany and abroad. The universities of Münster and Löwen granted Alexander Schnütgen an honorary doctorate, in Bonn he was named honorary professor.

On 24 November 1918, Alexander Schnütgen passed away at his retirement residence in Listernohl in the Sauerland region. He was buried in a funerary chapel that had already been constructed during his lifetime in the cemetery of Listernohl. 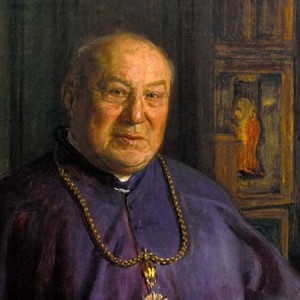 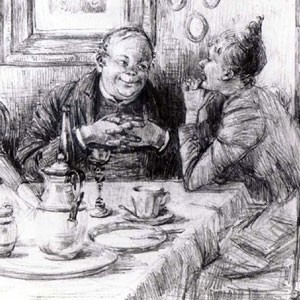