Harald Naegeli (*1939) came to Cologne in the early 1980s. The encounter between the artist and the city was eventful for both. Naegeli responded to the city by interpreting it artistically. The city reacted to the artist's interventions with both supportive recognition and resistance.

When in 1979 an indictment was brought in Switzerland against the "Sprayer of Zurich" by the public prosecutor's office for repeated damage to property, Naegeli fled to West Germany while the trial was ongoing, finding shelter in Cologne in 1980.

What awaited the persecuted Harald Naegeli in the cathedral city? During his nightly wanderings, he came across buildings of post-war modernism with visible concrete surfaces. The sight of these buildings horrified him and at the same time challenged him to create "magical poetry" in underground car parks, on bridge piers, facades, stairs and walls. At the same time, however, he discovered medieval Cologne and was inspired by the old churches to create special works of art on stone. His art was neither for sale nor authorised, and this had diverse consequences.

This exhibition examines the creative and political interactions between the city and the artist, who was not only one of the first street artists in Cologne, but also in Europe. It also illuminates how Harald Naegeli borrows a wide variety of themes from medieval art, such as with the "Kölner Totentanz" (Cologne danse macabre) of the early 1980s, but also in more recent works on paper. In 2018 and 2020, Naegeli donated large-format ink drawings of the primordial cloud with the finest lines, strokes and dots and small-format works on paper with various figurative representations to the Museum Schnütgen, a selection of which will be shown in the exhibition.

Naegeli's works encounter the museum's medieval objects in the church of St. Cäcilia, with the theme of the Dance of Death taking centre stage in a sense that transcends time and genres. In this way, the Museum Schnütgen contributes to a modern engagement with the cultural heritage embodied by the collection. 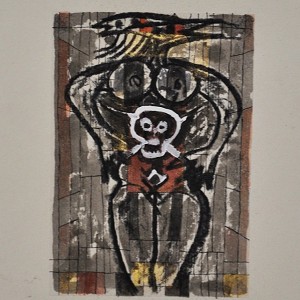 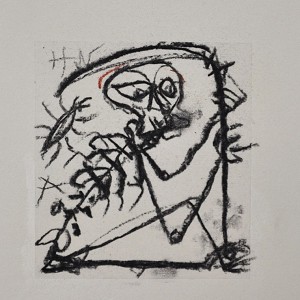 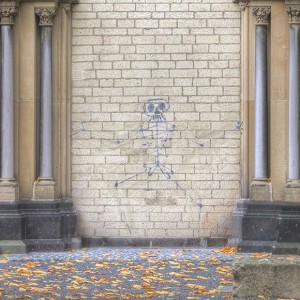